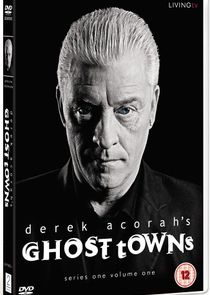 Derek Acorah's Ghost Towns is a paranormal reality television series which featured noted medium Derek Acorah as he visited towns in the UK to investigate hauntings. The team would travel in the "Ghost Town Van" and would allow townsfolk to tell the team about their encounters with hauntings in their home town. During the investigation, Derek would visit a random house and give the owner a psychic reading this was "Doorstep Divination".

Derek Acorah visits towns across the UK visiting haunted locations and hearing local peoples own stories. The medium also visits a random house in the town to give the owner a psychic reading.