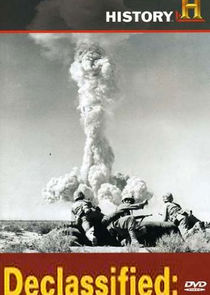 Declassified is a television series produced by Ten Worlds Productions on The History Channel that originally aired on November 9, 2004. The series takes viewers inside vaults and archives around the world to reveal the untold stories of modern history. With the fall of the Iron Curtain and the advent of market economies worldwide, new footage and materials are flooding out of formerly secret organizations like East Germany's Stasi, the Kremlin, the CIA, and state television in Korea. Declassified reveals the stories behind the previously-unseen footage with relentless, fast-cut montage and a rock beat. Declassified fuses modern graphics and editing, story-telling, rock music and expert interviews to bring to light the thrilling and secret tales of our modern era. The show's director Kosh, winner of three Grammy Awards, is the former creative director for Apple Records and designer for the Beatles and Eagles. Produced and created by Susan Shearer, John J. Flynn and Kosh. Executive produced by Carl Lindahl for the History Channel.

1x1: Declassified: The Rise and Fall of the Wall