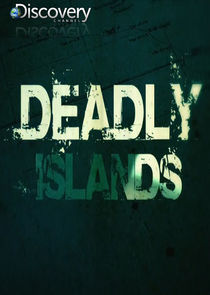 In brand new, six-part series, ‘Deadly Islands', Biologist and predator expert Dave Salmoni journeys to some of the deadliest islands known to man. He explores these remote atolls and discovers the animals that inhabit them. Locations include an island in the South Pacific, which is notorious for having an unusually large concentration of sharks, an island in the South Atlantic that is home to a pod of hunting killer whales, and an island in the Galapagos Archipelago, which is home for the weirdest and toughest animals on the planet. Dave attempts to unravel the mysteries behind each of the of each island's unique ecosystems, but what will he uncover?