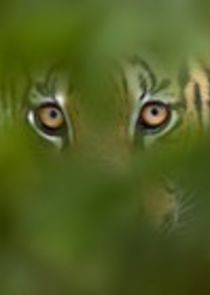 Do animals feel emotions, like love or grief? What is instinct and what is learned? What drives animals as they struggle to eat, hunt, raise families and just plain survive? These are just a few of the questions that "Deadly Instincts" will seek to answer about the parallels between human and animal instincts.

In the natural world, power reigns supreme. Whether it's getting the most food, the best territory or the chance to mate, all animals compete against each other to survive. Witness some of the most intense power struggles in the animal kingdom. A group of bachelor gelada baboons conspire to overthrow an alpha male, but it doesn't quite go according to plan. An alpha female meerkat is given no choice but to oust her daughter from the clan when she discovers she's a threat, and worker bumblebees cause chaos when they attack their queen. The battle for dominance can be brutal, but power is the ultimate prize.