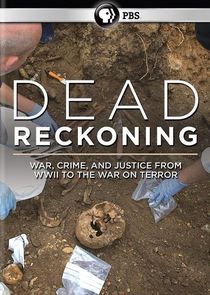 Dead Reckoning is a three-hour PBS series which follows war crime investigators and prosecutors as they pursue some of the world's most notorious war criminals—notably Adolf Eichmann, Saddam Hussein, Radovan Karadzic, Charles Taylor, and Efraín Ríos Montt. The principles, legal doctrines and tactics that emerged from those pursuits now inform the effort to expose, prosecute, and punish present day human rights violators whose depredations have left millions dead and displaced. It is a tale of daring escapades, political obstruction, broken promises, and triumphs and failures.

Although postwar justice has been revitalized over the past two decades, it is limited in confronting the rise in sexual violence and genocide in the Balkans, Rwanda, Congo, Syria, Sri Lanka and other countries.