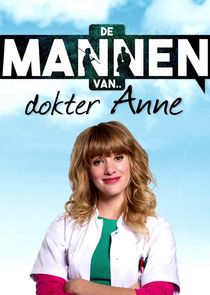 De mannen van dokter Anne is a romantic comedy which centralizes around the young doctor Anne. A week before she is suppose to marry, she caught her fiancé with someone else. Her world collapses and she decides to return home to her parents. Her father offers her a job in a hospital in which he works himself. In this hospital, she bumps in her crush from her youth, but meets several other men.