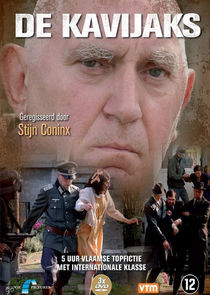 De Kavijaks is the historical drama depicting the struggle for happiness and fortune of a poor Kavijak family living at the Belgian Coast, from the pre-Second World War era up to the Fifties. Searching for romance, main character Piften has to overcome numerous barriers such as poverty, a tyrannical father, the war, his loyalty towards his brothers and sisters and – not least of all – the dramatic background of the girl he loves.