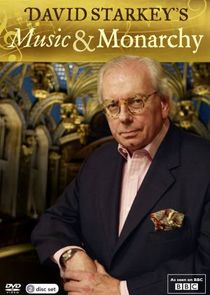 David Starkey explores how the story of British music has been shaped by the monarchy.

David discovers the royal origins of such classics as Edward Elgar's Land of Hope and Glory, Hubert Parry's I Was Glad and William Walton's Crown Imperial, as well as finding out how the 20th century's coronations - culminating in the crowning of Elizabeth II - cemented the repertory of royal classics in the hearts of the British people.