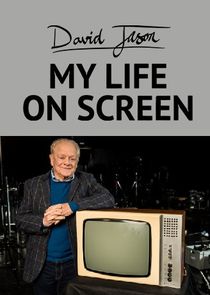 In this three-part UKTV Original, comedy legend Sir David Jason embarks on a journey across Britain to explore his extraordinary career in television - meeting the people and visiting the places that have helped make him one of the nation's best-loved actors.

This final episode looks at how Sir David's career moved on from sitcoms to lead roles in comedy dramas like The Darling Buds Of May and Porterhouse Blue, through to crime with A Touch Of Frost and historical dramas like All The King's Men. Sir David is reunited with his A Touch Of Frost co-stars Bruce Alexander and John Lyons as they recall his surprising move into TV crime - would the viewers really accept this darker side from an actor they thought they knew so well? He heads back to the real-life Kent farm used as the setting for The Darling Buds Of May, where he meets up with actors Pam Ferris and Philip Franks - there's even a video link-up to Catherine Zeta-Jones in New York. And he learns the real-life story behind Captain Frank Beck, the World War I hero he portrayed in BBC drama, All The King's Men.