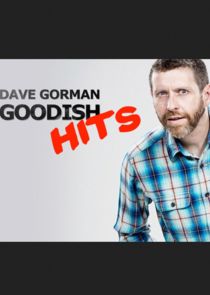 Dave's very own UKTV original, critically-acclaimed series starring King Of The PowerPoint, Dave Gorman, is back with three new episodes revealing the best bits from all three series of Dave Gorman's Modern Life Is Goodish. There are also some scenes, which have never before been seen on British TV.

As ever using his trademark blend of stand-up and documentary comedy, Dave flips open his laptop and once again fires up his PowerPoint to share more wry observations and frustrations. As these episodes prove, there isn't a better or more spot-on analysis of modern life.