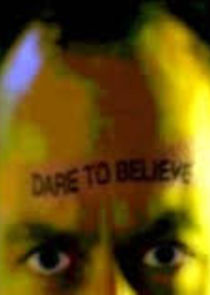 Dare to Believe is a surreal TV sketch show that was shown on ITV in the UK. The programme was shown during the early hours of the mornings, and ran for two 13 half hour series between 2002 and 2004. The show gained a cult following amongst students and insomniacs. It largely consisted of dada-inspired comedy sketches, interspersed with periods of hypnotic visuals. During these hypnotic visuals, its much-used catch phrase was often recited: "Fly like a mouse, run like a cushion, be the small bookcase".