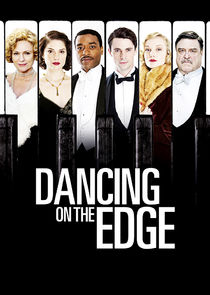 An explosive 1930s drama following a jazz band in London at a time of huge change.

Set in the 1930s, a black Jazz band rises in fame and popularity while becoming entangled in an intricate web of intrigue, mystery & suspense with the elite of London society.

Louis can no longer hide out at the Music Express office so Stanley takes him to a suburban flat to escape the manhunt.