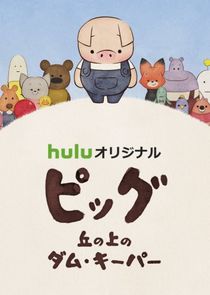 Dam Keeper no Nakama-tachi is based on the 2014 U.S. animated short film "The Dam Keeper". This series will air 10 animated short films each one will be 5 minutes in length. It tells the story of Pig, an introverted youth who lives in a windmill and keeps a dark fog from engulfing his town. Although socially rejected by his peers, he is befriended by the artistic Fox. Pig lives alone in a windmill on the outskirts of town. The windmill sits atop a massive wall and continually blows away a dark fog that perpetually looms outside the wall. Every day, Pig winds the windmill to keep it turning, just like his father before him. However, in town and at school, nobody likes Pig. Even though he protects the town, the other animal children make fun of him and bully him.

1x8: Behind the Mask